Time is of the essence when you’re on a weekend break in Europe.
So how’s this for a quick getaway…
My wife and I were checking out the view from our hotel room in central Pisa less than two hours after taking off from the Midlands.
Our 17.25 flight from Coventry with Thomsonfly.com lasted just one hour 35 minutes (admittedly, it was aided by a strong tailwind).
No sooner had we landed at Galileo Airport than we were off the plane,  through passport control and picking up our luggage.
Then just five minutes after hailing a taxi – and just seven euros lighter –  we were booking in at the Hotel La Pace, next to the railway station.
All of which left us plenty of time to shower, change and walk into the city centre for a taste of authentic Italian pizza.
The following morning, we bought  a pair of £10 tickets for the one-hour train journey to the beautiful Tuscan capital, Florence.
Europe’s greatest Renaissance paintings and sculptures crowd its many churches and galleries, including Michelangelo’s David.
You’d need a week to fully appreciate all of Florence’s artistic treasures so  we just concentrated on some of its archtectural gems.
And you literally can’t miss the cathedral, one of the biggest in the world.
If the striking symmetry of its green, red and white marble exterior doesn’t take your breath away, the vast dome will.
You can tackle the 463 steps to the top of the dome for unmissable views of  the city. But for a less crowded vantage point, climb the slightly shorter bell tower adjacent.
You might want to take some earplugs in case the deafening bells ring as you pass them on your way to the top. 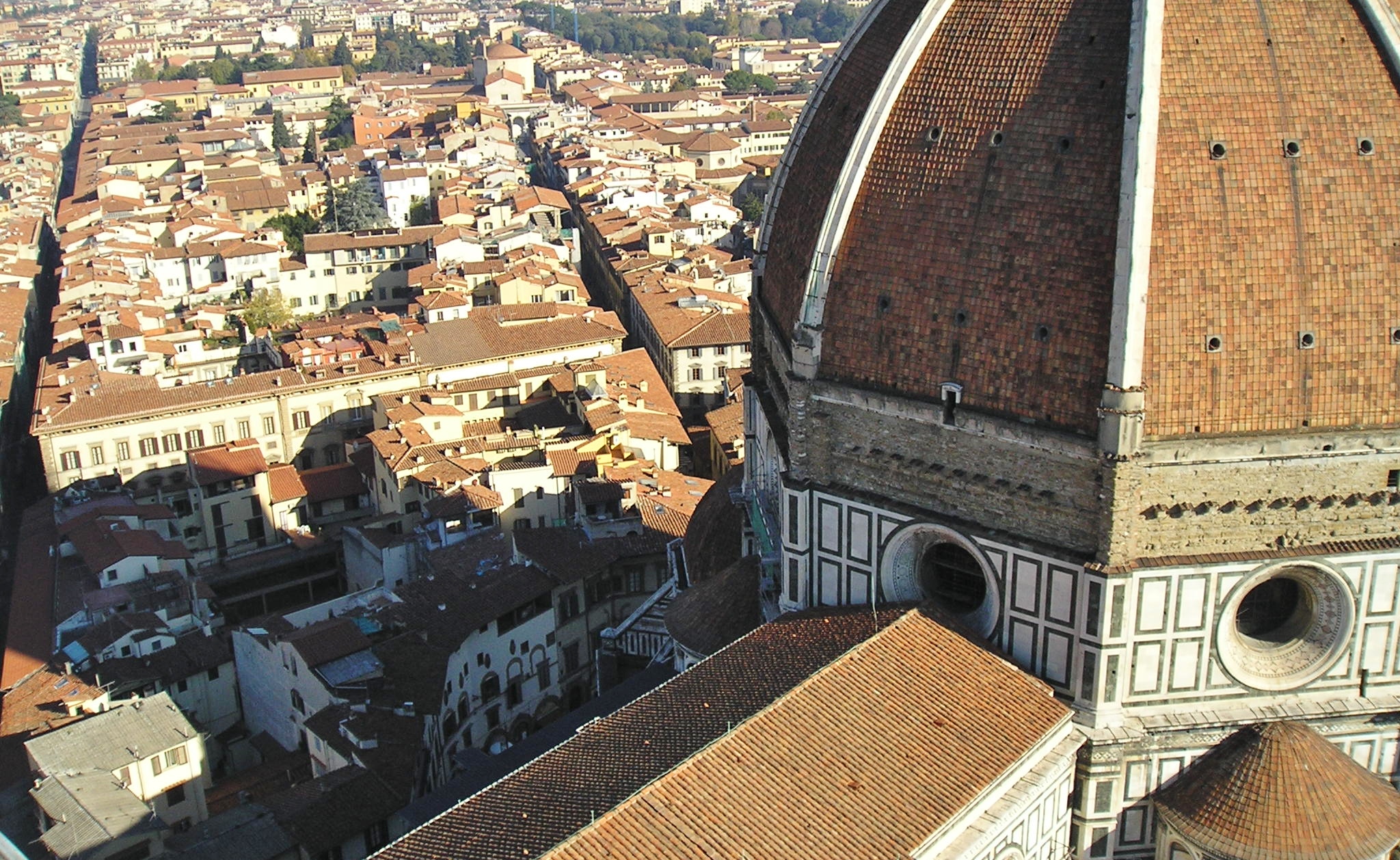 View of the cathedral in Florence from the bell tower
pp
From here, you can plan your short walk to the Piazza Della Signoria – an open air sculpture gallery where you’ll find Cellini’s Perseus (1554) and a copy of David in its original position.
The square is dominated by the Palazzo Vecchio, which has been at the heart  of Florentine politics since the 14th century.
Next to the palace is The Uffizi, former royal offices which now house an enormous art collection, including The Birth Of Venus by Botticelli.
An open air walkway between The Uffizi’s east and west galleries brings you to the River Arno, close to where it is crossed by the Ponte Vecchio.
The much-loved bridge was built in 1345 and jewellery workshops have been hanging precariously over both sides for over 400 years.
In 1944, it was the only Florentine bridge to be spared by the retreating Nazis, reputedly saved on Hitler’s direct orders. 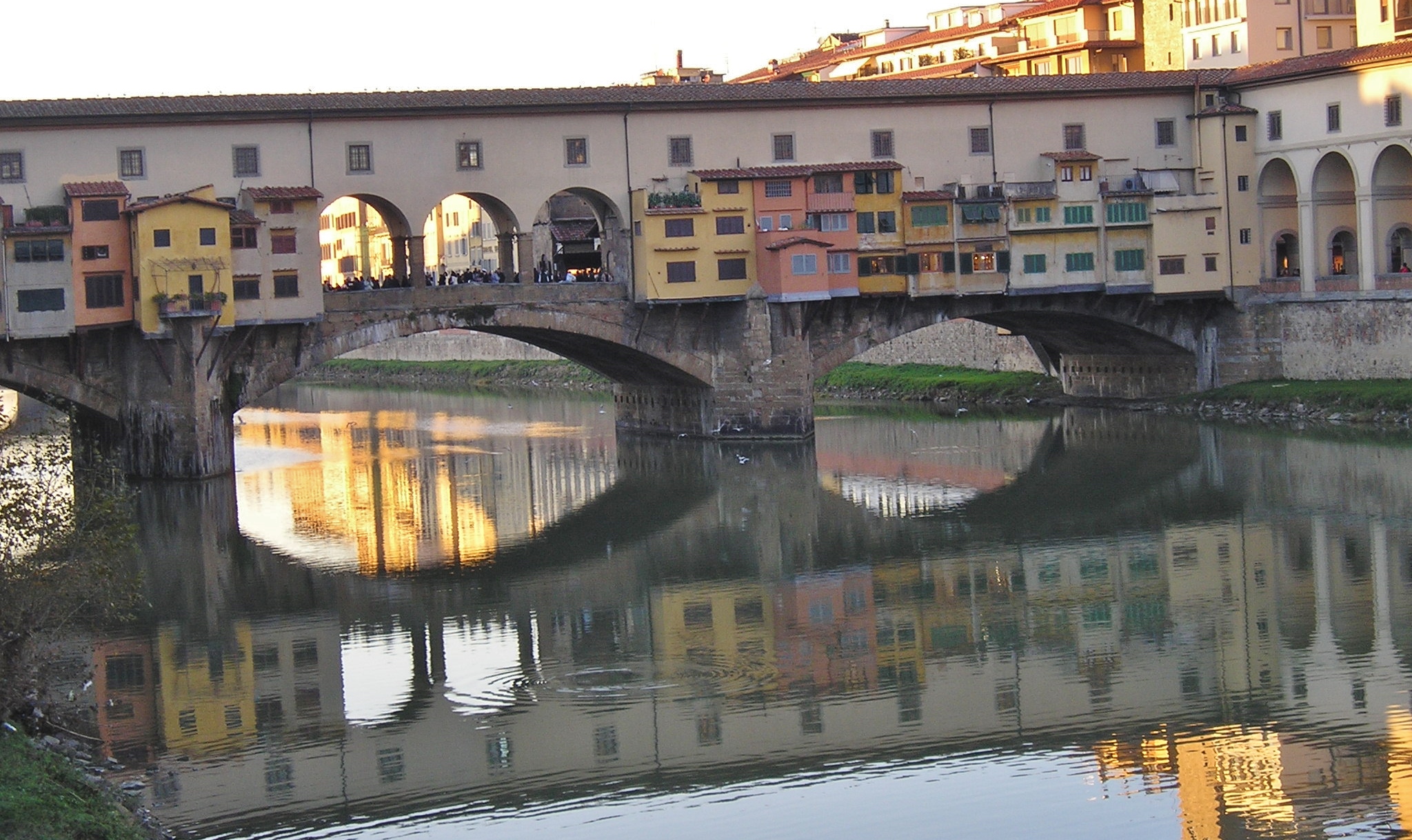 Ponte Vecchio, Florence
pp
After another pizza we boarded the train back to Pisa. The next morning, a  pleasant 20-minute walk brought us to the famous Leaning Tower in the Field of  Miracles.
The bell tower was begun in 1173 as a companion piece for the cathedral and baptistery in the lawned square, but it began tilting before it was even half  built.
For centuries, architects agonised over how to prevent its collapse. It wasn’t until 1990 that the tower, then 5.2m to the vertical, was closed to the  public.
Engineers then set to work and strapped 900 tonnes of lead to the tower’s  base on its northern side as a drilling operation removed water and subsoil below.
By 2001, and at a cost of over £20m, the lean had been corrected by  38cm and the tower was deemed safe to reopen to visitors.
Today, groups of 30 are escorted up the tower every half hour – although you should book your tickets a fortnight in advance.
So, we packed a lot into our weekend and still had time for another pizza before our journey home. 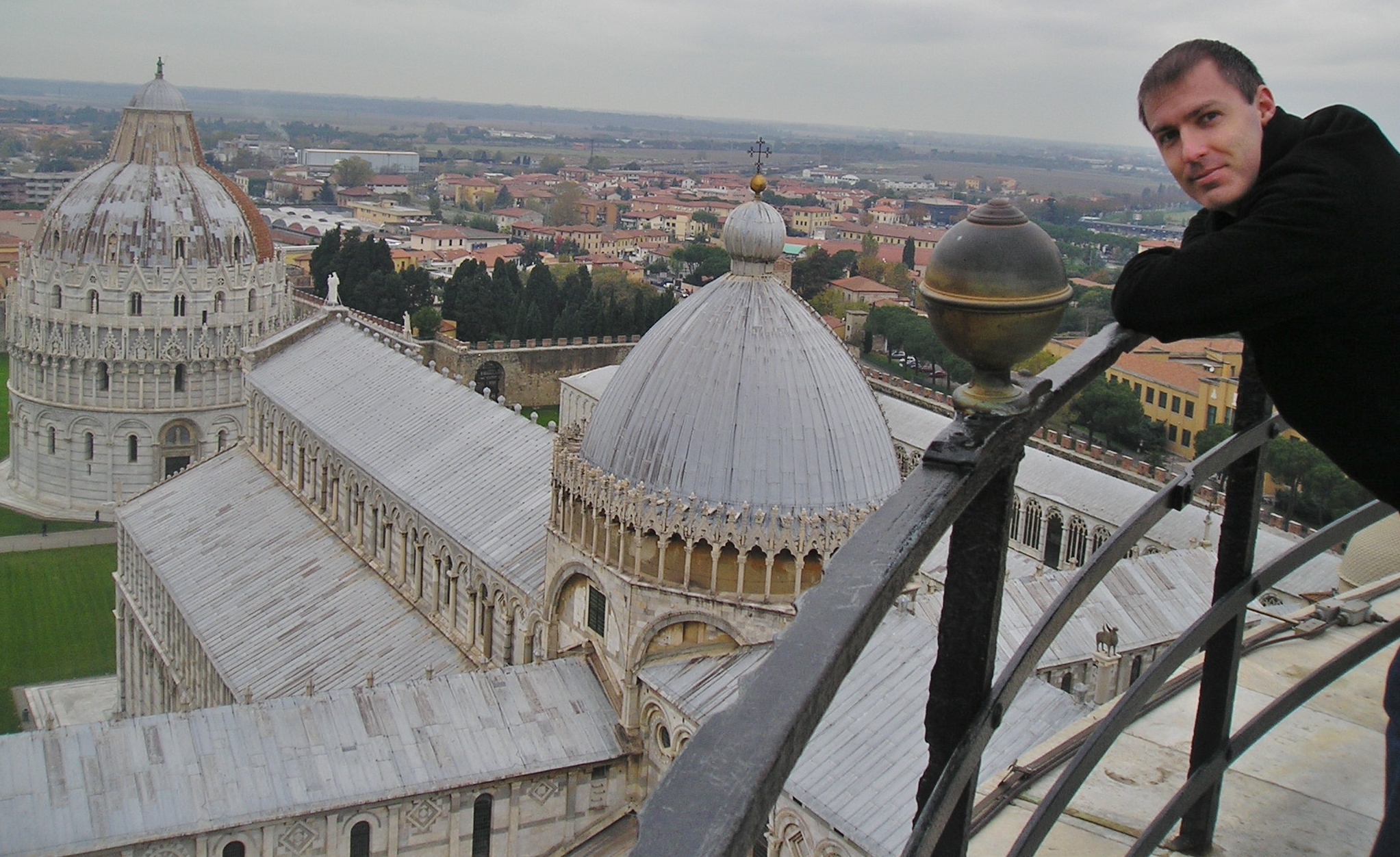 The Field of Miracles from the top of the Leaning Tower of Pisa
pp
Travel file
Thomsonfly.com’s fleet of 131-seat Boeing 737-500 planes, operated by Britannia Airways, have been taking passengers on city and sunshine breaks from Coventry since March last year. This summer you can fly with the low fare  airline to Barcelona, Faro, Paris, Malaga, Valencia, Alicante, Palma, Ibiza, Venice, Jersey, Pisa, Cologne/Bonn, Shannon and Amsterdam.
Additional winter routes, until April, include Cork, Lyon, Naples and Salzburg. Prices start from £17.99 for a one way fare including taxes and charges. Flights can be booked at www.thomsonfly.com or for those without  internet access on 0870 1900 737.