It was one of the most embarrassing moments of my life.
Cars were queuing up either side of the Shirley drawbridge over the Stratford-upon-Avon Canal and the agitated motorists were beeping their horns.
The traffic barriers were steadfastly refusing to open to let them pass and I was stood at the controls – helpless and totally to blame.
Earlier, it had all started so well…
Our barge had gently slowed to a halt before the bridge, I had stepped onto the towpath and turned our British Waterways key in the control box.
The barriers came down, the bridge opened, our crew of novice boaters sailed through and I released the key to lower the bridge.
Priding myself on a job well done, all that remained was to remove the key and the traffic barriers would lift up – but the key was stuck firm.
No matter how hard I pulled and twisted, it wouldn’t budge. And for every car that joined the queues my face turned a deeper shade of red.
My sympathetic crew showed their concern by disappearing into the  distance – laughing so much that I was surprised they were able to steer  straight.
It was October and the canals were almost deserted but luckily another barge appeared and an experienced boater came to my aid.
He deduced that the reason I couldn’t remove the key from the control box was that the bridge had not quite fully lowered. 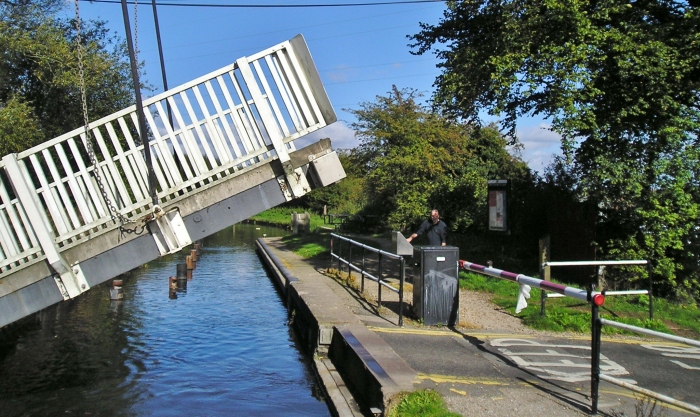 You learn fast on your maiden canals trip.
For instance, pretty early on you learn that it’s not wise for the helmsman to admire the scenery for longer than two or three seconds.
Ours did – and some overhanging tree branches almost sent he and I flying into the water. Sadly, our drinks didn’t survive the incident.
You also learn to slow down and be extra vigilant to reduce the risk of a collision when the crew’s chef is cooking up breakfast in the galley.
Unfortunately, we had a little bump when I was at the helm and the chef burned his hand. But that taught him for abandoning me at the bridge!
And you learn that hiring the longest boat in the yard (a 12-berth 70ft footer) on your first outing is perhaps a little ambitious.
When it was time to start our homeward journey, the three-point turn familiar to motorists proved beyond us. It was more like a 20-point turn.
One of the hardest lessons (at least for me) was that when it comes to pushing the tiller to steer, right means left and left means right.
Or should that be port means starboard and starboard means port? Having said that, a child could steer a barge – and they can under supervision.
But, most importantly, you learn that a boating holiday is a fantastic experience and that the memories will last a lifetime.

We hired our boat from Alvechurch Holidays in Alvechurch, north Worcestershire (the company has several marinas in England and  Scotland).
It’s a great place for starters to earn their water wings on a weekend break because there are two completely lock-free routes to choose from.
You can follow the Worcester and Birmingham Canal north to Gas Street Basin and take in a show at the Rep or visit the National Sea Life Centre.
Or you can turn right at Kings Norton and take the Stratford-upon-Avon Canal down to the flight of locks at Lapworth, close to the National Trust’s Packwood House.
Whichever route you choose, you first have to negotiate the West Hill Tunnel. At 2,726 yards long, it’s half an hour before you emerge into daylight – dripping wet.
We journeyed to Lapworth and highlights included the Brandwood Tunnel (352 yards), a manual drawbridge and that electronic drawbridge at Shirley.
It’s also worth mooring at Waterside, the striking penthouse and luxury apartment development that’s part of the ongoing Dickens Heath Village Centre project.

Dickens Heath
p
There’s a cascading water feature and it’s just a short walk to the Market Square where you’ll find shops, restaurants and other amenities.
We found family pubs at Hopwood, Earlswood (a farm shop is close by) and Hockley Heath.
However, it’s not wise to have too many beers of an evening because boats along the towpath can all look the same after dark.
One night after last orders, we had an uninvited guest who slurred an apology when he realised that his boat was the one next door.
And there’s me thinking that I’d made a fool of myself! 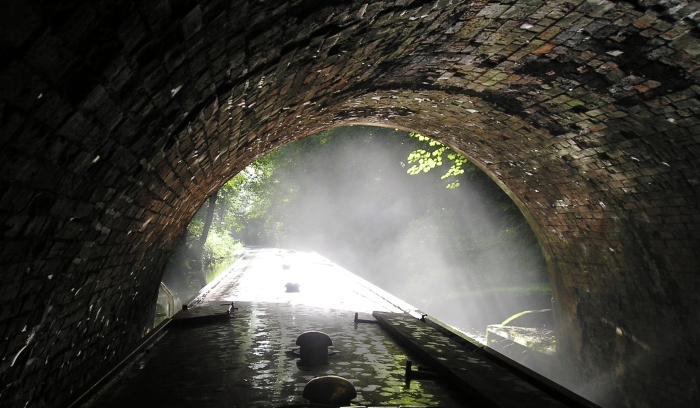