There’s a romantic castle in Bavaria which prides itself on being the main inspiration for Sleeping Beauty’s Castle in Disneyland, California.
The fantastical turrets of the hilltop Neuschwanstein Castle, begun by King Ludwig II in 1869, has made it the most photographed building in Germany.
But what inspired the castle that inspired Sleeping Beauty’s Castle?
Some say it was Pena Palace, work on which was started by a Prussian architect for a Bavarian prince and his queen 30 years before Neuschwanstein.
But Pena Palace isn’t in Bavaria. It’s not even in Central Europe. Oddly, it’s 500m up in the Serra de Sintra, 20 miles from the Portuguese capital of Lisbon.
And with its towers and domes of yellow and red and its delicate Islamic influences it looks much more like a Disneyland castle than Neuschwanstein ever did.
In 1840, Queen Mary II of Portugal and her Bavarian husband Dom Ferdinand ordered the building of a summer palace away from the stifling heat of Lisbon. 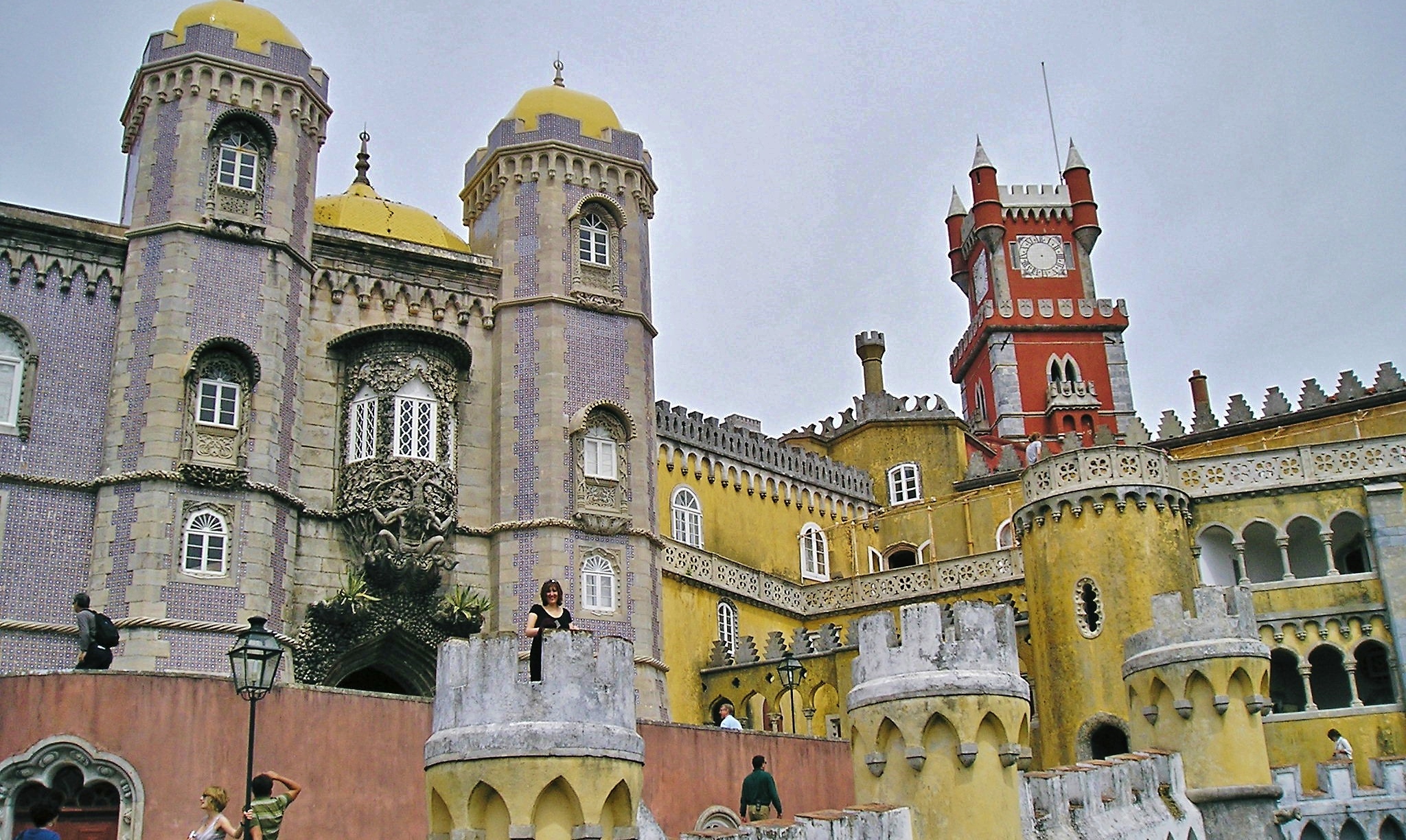 Pena Palace, Sintra
/
Sintra was the ideal location because its steep hills and lush forests have created a microclimate that is more in keeping with northern Europe.
Pena was built around the chapel, refectory and double cloister of a 150-year-old monastery which was abandoned after a devastating earthquake in 1755.
The interior of the palace has been left as it was in 1910 when the last of the Portuguese royals were forced into exile by republicans.
The palace is best seen from the ‘Queen’s Throne’ – Mary’s favourite spot in the 200 hectares of surrounding parkland – where a seat is carved into the rock.
Within the park is the highest point of the Serra de Sintra, from where you can look down on the Estoril Formula One race track and across to Lisbon.
From the palace you can see, on the next hill, the Moorish Castle, built by the Arab invaders in the 8th century to protect and keep surveillance on Lisbon.
The walls fell in the 1755 earthquake but were faithfully restored by Dom Ferdinand 100 years later.
From the castle you can look down upon Sintra’s historic centre. The town is dominated by the whitewashed National Palace of Sintra, which served as a summer house for Portuguese kings from the 14th to 19th centuries. 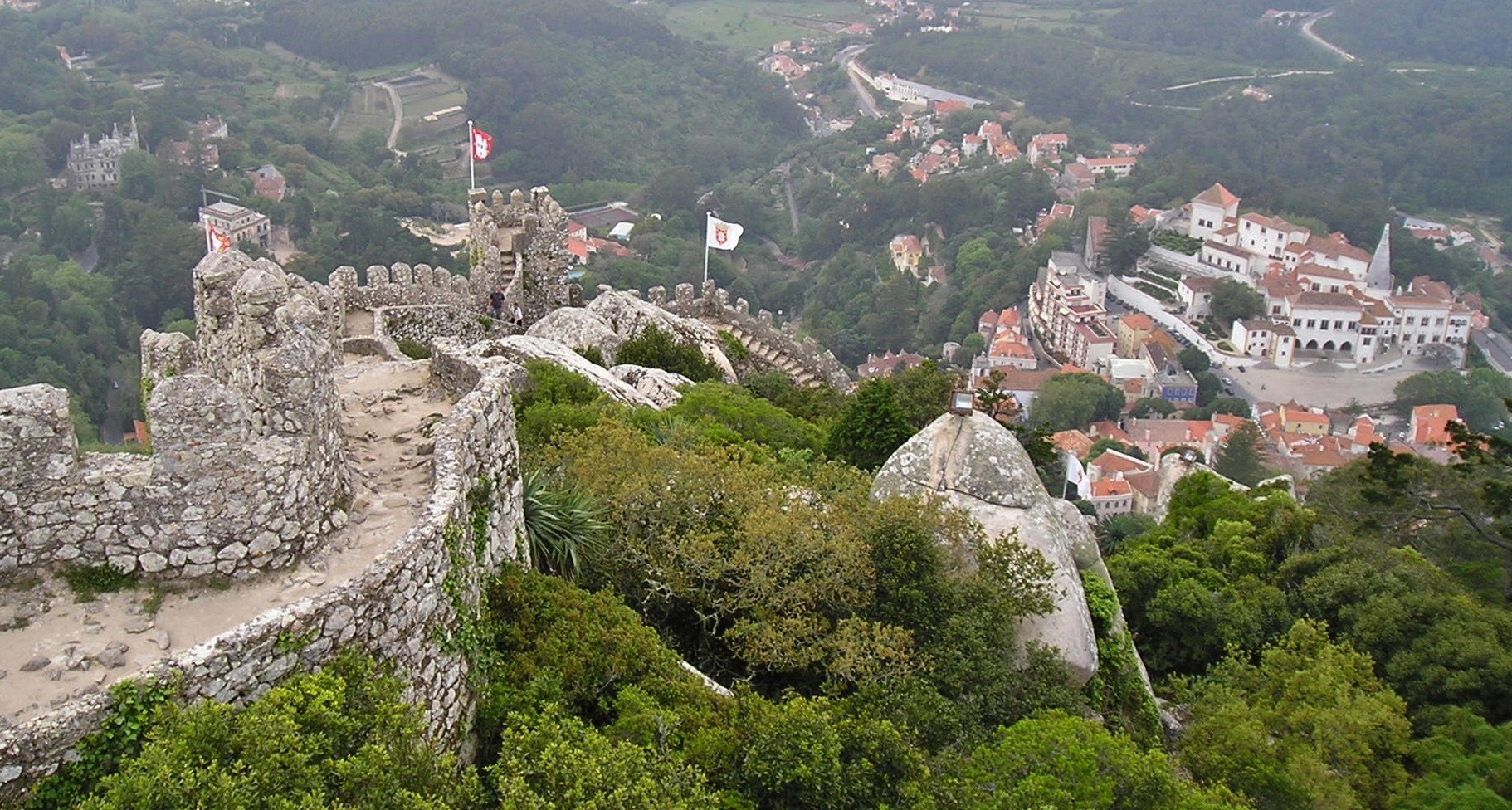 Walls of the Moorish Castle above Sintra
/
The palace (free to enter on Sundays) has many Moorish influences but its most striking feature is a huge pair of conical chimneys above the kitchen.
It’s as if a giant Vogue-era Madonna is lying on her back on the roof!
Inside is some of the most remarkable tilework in Portugal and a room where King Alfonso VI was imprisoned for six years until his death by his brother, King Pedro II.
A short walk away is a very different palace.
Quinta da Regaleira, built 1904-10, is rooted in spiritualism and mysticism, with mythological symbolism round every corner of the romantic gardens.
Eerie turrets, unlit grottoes and secret stone doorways add to its mystique. There’s also an extraordinary 60m deep well with a spiral staircase.

Quinta da Regaleira, Sintra
/
About an hour’s walk from Sintra is one of the area’s most romantic spots.
The 18th century Monserrate Palace was inspired by Brighton’s Royal Pavilion and is situated in a botanical garden of exotic trees and tropical plants.
It’s a colourful and extravagant mixture of European and Eastern architectural styles with ornate towers and domes.
In 1995, the Serra de Sintra became the first landscape in the world to be awarded protection by UNESCO.
It’s a magical place and it’s no surprise to learn that it inspired the fairytale writer Hans Christian Anderson.
He lived in Sintra for a short while and described it as “the most beautiful place in Portugal. 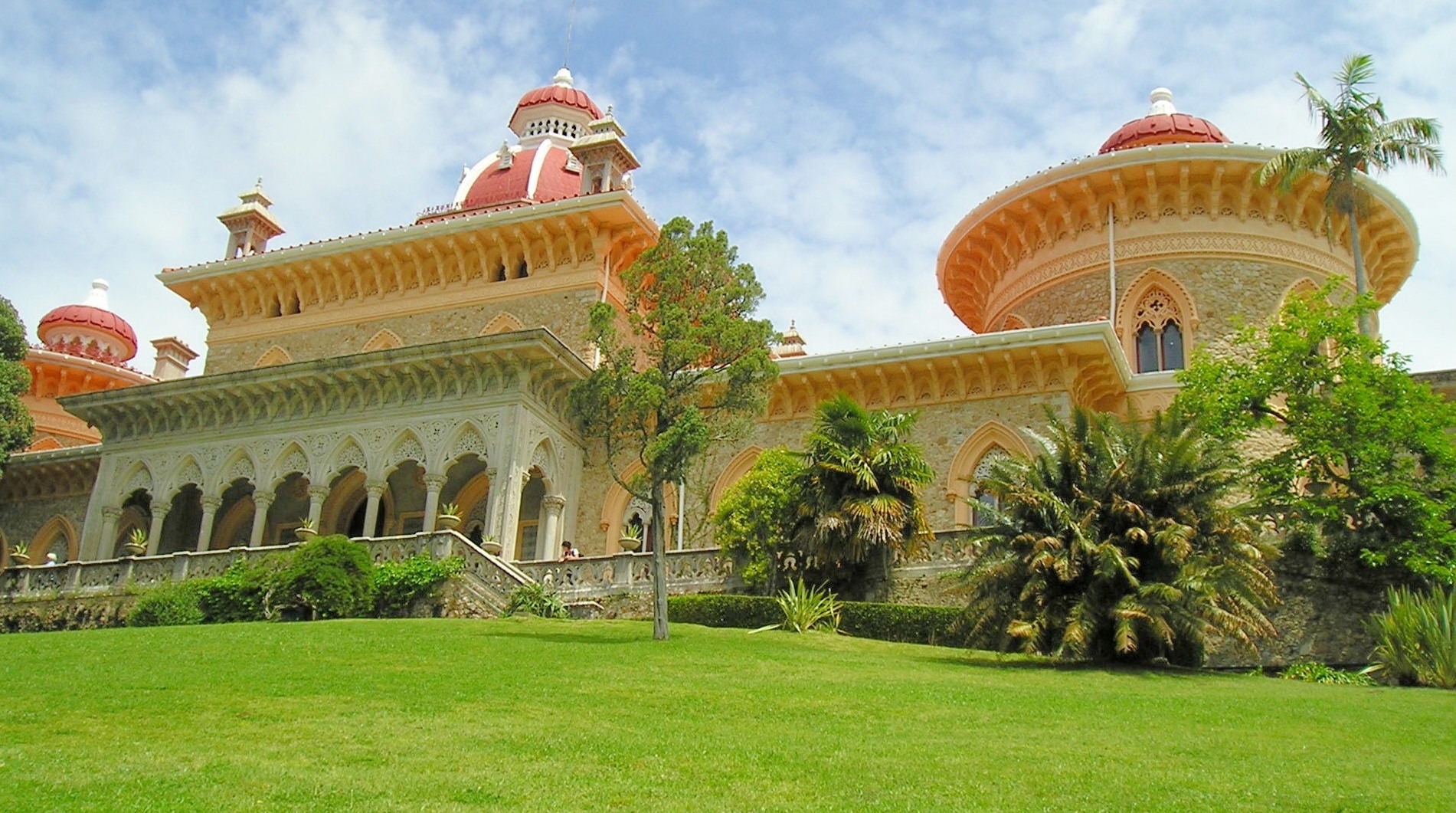 Monserrate Palace, Sintra
/
Lisbon
Most foreign visitors to Sintra have their holiday base in Lisbon.
But you really need at least three days to fully explore Sintra’s castle, its several palaces, its medieval streets and its excellent toy and modern art museums.
There’s also the option of spending a day at the seaside at either of the neighbouring towns of Estoril or Cascais, a 40- minute bus ride away.
My advice would be to turn the trend on its head – stay in Sintra and have a fascinating day trip to Lisbon. You’ll get twice the scenery for half the price.
There is a cheap and regular train service from Sintra to the heart of Lisbon’s old quarter.
The journey takes 40 minutes and the last train back is 11pm.
On arriving in Lisbon, buy a 24-hour Lisbon Card for 15 euros (8 euros for children aged 5-11) from the tourism office in Praco dos Restauradores.
The Card gives free entrance to Jeronimos Monastery, Belem Tower and many museums plus free use of trams, trains, buses, metros and elevators (it’s a hilly city).

OLYMPUS DIGITAL CAMERA
Monument to the Discoverers, St Jorge Castle and Elevator Santa Justa
/
/
You also get reduced admission to St Jorge Castle, the Monument to the Discoverers, the Elevator Santa Justa and money off sightseeing rides and cruises and lots more besides.
You could easily save twice what you paid for the Card and you’ll avoid the hassle of buying public transport tickets.
We were able to use our Cards the following morning to gain free entry to the National Palace of Queluz, another royal residence between Sintra and Lisbon.
If you’d rather stay in Lisbon, buy a two-day (26 euros) or three-day (32 euros) Card from the airport. Children aged 5-11 half price.
The card also offers free entrance to the National Palace of Sintra and big discounts off Pena Palace and Quinta da Regaleira.
For some reason, you can’t buy the Card in Sintra.
.
Travel file
An ideal place to stay in Sintra is the welcoming Pensao Nova Sintra, an easy five-minute walk from the train station and 20 minutes from the historic centre.
Guests have given the B&B a well-deserved four-star rating on holiday review website Tripadvisor.
We paid just 238 euros for four nights in May.
Our double room on the top floor had a sitting area and a great view of the Moorish Castle.
This view can also be enjoyed while having a drink on the B&B’s large terrace.
,
/ 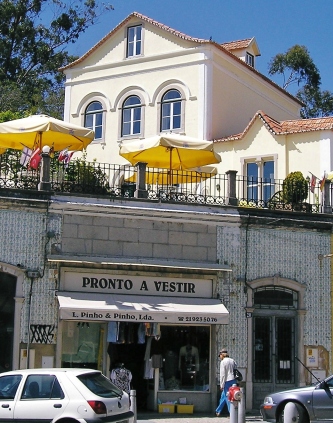 Pensao Nova Sintra and the view from our window