Beep, beep. ”Who’s that beeping?’’ asked my mum as dawn broke on the first morning of our boating break.
Beeep, beeep. ‘’There they go again,’’ said the 70-year-old, who was putting on her face in her tiny bedroom, curtains drawn.
Beeeep, beeeep. ”I don’t know who they’re beeping at,’’ my mum shouted to my wife, Jayne, who was taking a shower.
Beeeeep, beeeeep. ”For goodness sake,’’ she said, exasperated, sliding back the curtains to see what the commotion was about.
”Oh, no, Jayne,’’ she shrieked. ”The boat’s come adrift. We’re blocking the canal. Other boats are waiting to get past. Where’s Adrian?’’
Ten minutes earlier, the captain (that’s me) had gone for a little jog up the towpath, leaving my two deckhands in temporary charge.
Unfortunately, neither of them knew how to start the engine, let alone steer the 64ft, eight-birth narrowboat out of harm’s way.
Of course, they should have known but the informative handover briefing obviously went in one ear and out the other.
As a result, panic ensued.
There was no little embarrassment, too, especially for Jayne who had to abort her shower and step up to the stern wrapped in a towel.
Luckily, road rage is not common on Britain’s canals and the beeping boaters were happy to wait, once they’d grabbed my mum’s attention.
A little too happy, in fact, because they were videoing the unfolding ‘comedy show’ while chuckling away to themselves.
Thankfully, the recording has yet to appear on YouTube!
Meanwhile, I had been retracing my steps and as it slowly dawned on me what was going on ahead, I considered jogging on past.
However, matters seemed to be under control after an experienced boater heroically boarded our vessel and manoeuvred it to the canal bank.
For a while, it was hell for my wife and mum but they soon saw the funny side and didn’t stop laughing about it the rest of the weekend.
/

Pontcysyllte Aqueduct
/
So how on earth had our narrowboat managed to come adrift?
My finger of blame pointed at a group of young, male boaters who had moored up next to us the previous evening.
We got chatting and they said it was the last night of their week-long holiday and that they had to return their boat early next morning.
I thought they seemed like an ok bunch but my wife and mum – better judges of character, it would seem – felt they weren’t to be trusted.
When I went for my jog the following morning, the lads’ boat was still there. When I returned, just minutes later, remember, it was gone.
Coincidence? I think not. However, the fact we started to come adrift a second time seemed to suggest my knot-tying abilities weren’t all they should have been.
The rest of the trip was completely stress free.
We’d set off the previous afternoon from the Anglo Welsh Waterways Holidays base at Trevor, four miles east of Llangollen in mid-Wales.
The boat had two toilets, a fully-equipped kitchen, a TV/DVD player, a radio/CD player and, of course, a comprehensive boat manual.
Trevor’s a popular base because it can offer holidaymakers an instant thrill.
Within two minutes of setting off, we were on the ‘stream in the sky’ – Thomas Telford’s extraordinary Pontcysyllte Aqueduct.
/

Pontcysyllte Aqueduct
/
Not for the faint-hearted, the 200-year-old, 1,000ft long, slender structure carries the Llangollen Canal 126ft above the River Dee.
Pronounced Pont-ker-suthtee, it’s the longest and highest aqueduct in Britain and was last year awarded World Heritage status.
There’s a towpath with railings on one side but only a few inches of cast iron on the other, making for an exhilarating experience.
No-one has ever fallen from a narrowboat but that hasn’t stopped the health and safety lobby calling in recent years for railings on the open side.
Continuing downstream – the water flows from the River Dee at Llantisilio just beyond Llangollen – we entered a 420m tunnel at Chirk.
Emerging into the light, we immediately encountered Telford’s and the Llangollen Canal’s second big draw, the Chirk Aqueduct.
Opened in 1801, it’s 696ft long and carries the canal over the River Ceiriog, which forms a boundary between England and Wales.
It’s not as high or as long as Pontcysyllte but it’s just as eye-catching because to the side is a taller Great Western Railway viaduct.
It’s as if the builders of the viaduct deliberately set out to overshadow the aqueduct with their modern, all-conquering transport system.
/

Chirk Aqueduct
/
Chirk village has several shops and a smattering of pubs and is just a short walk from the aqueduct. Chirk Castle is a little further afield.
We continued through open countryside and a couple of locks to Ellesmere where we spent a peaceful night, ensuring our ropes were securely tied this time!
Sunday morning and it was time to start our return journey.
Back through the locks, over the two aqueducts and passing the base at Trevor with just enough time before nightfall to reach Llangollen.
The line from Trevor to Llangollen has beautiful views over the Dee valley but canal tourism was the last thing on the builders’ minds.
Opened in 1806, it was designed as a feeder channel for the canal and as a source of water for the people of mid-Cheshire, which it still is today.
For several hundred yards, it’s only wide enough for a single boat, which meant Jayne had to run ahead with her mobile to give me the all clear to proceed.
There were so many sharp bends that it felt like we were on a log flume, especially on the return journey when we were going with the flow.
We moored at the 32-birth basin above the Victorian town centre and enjoyed a meal in a converted water mill next to a 14th century bridge over the Dee.
After returning the boat to Trevor at 9am, we drove back to Llangollen to catch the steam railway to Horseshoe Falls, an attractive weir at Llantisilio.
We returned to Llangollen on foot along the stretch of canal that’s closed to motorised traffic and reflected on a memorable weekend.
And on our little bit of argy-bargy!
/
/ 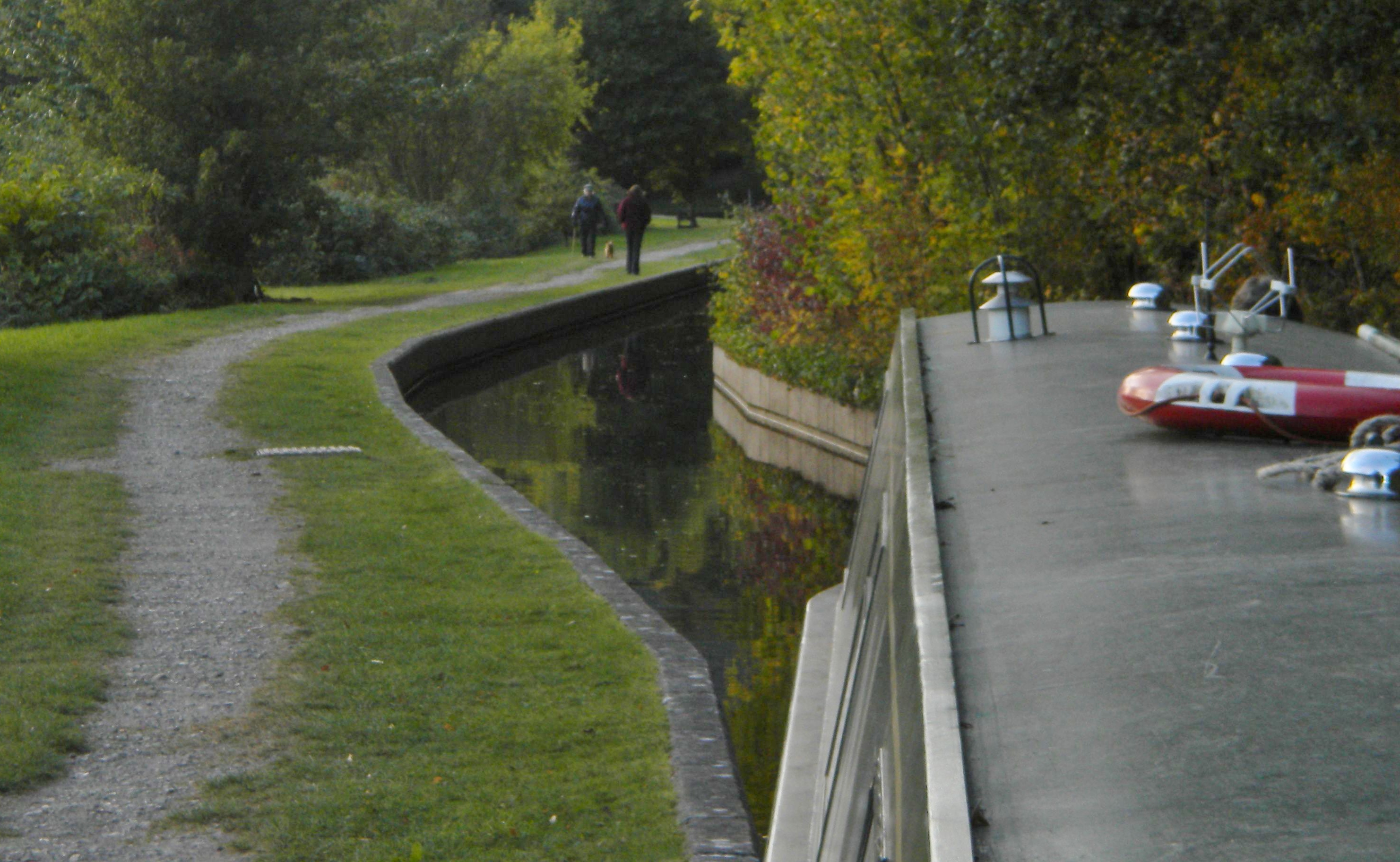 The ‘log flume’ from Trevor to Llangollen
/
My waterways holiday was with Drifters, a consortium of award-winning holiday boat companies which has bases throughout the UK. Visit www.drifters.co.uk or call 0344 984 0322.
/
Published article here