It’s ten years since Prince William met his future wife while they were both studying at St Andrews University.
Being a romantic sort, I’m sure the heir to the throne will want to celebrate the milestone by whisking Catherine off for a quiet break back where their courtship began.
And I’ve found just the place for our future king and queen: Craigsanquhar House, a secluded hotel where every guest lives like royalty and is treated like royalty.
Indeed, the general manager, John Douglas, has, in fact, looked after royalty in his time.
Just six miles from St Andrews, Craigsanquhar (meaning sanctuary on a hill) is set in 36 acres of peaceful gardens and has stunning countryside views.
Dating from 1385, it’s a quintessential Scottish country house with an abundance of charm and original features, making it extremely popular for weddings.
There’s a cosy bar and an AA-rosette restaurant which serves the best of Scotland’s larder with a side order of hospitality that’s impossible to resist.
Up a sweeping staircase, the 13 individual suites and rooms are lavishly furnished with four-poster beds, chaise-lounges and chandeliers.
/

Craigsanquhar House
/
But, being young newlyweds, I think William and Catherine might prefer a little more privacy and opt to stay in one of the four new lodges on the estate.
All of the luxurious, spacious lodges are thoughtfully designed and individually situated to take advantage of the wonderful views afforded by the hilltop position.
Their three en suite double bedrooms (one for William’s bodyguard and another for his butler, perhaps?) each have separate access to the private patios and flowerbeds.
Texan Tom McClendon, who bought Craigsanquhar earlier this year, has spared no expense on the interiors, shipping furniture in from the US.
The lodges have chestnut wood floors, granite tops, a laundry room, wireless broadband and an ingenious indoor/outdoor fireplace.
My wife and I were lucky enough to spend three nights in one and were blown away. We’ve stayed in five-star cottages before but this was something else.
I particularly liked the top-of-the-range recliner, especially when it was positioned in front of the 60-inch, wall-mounted TV while Match Of The Day was on. 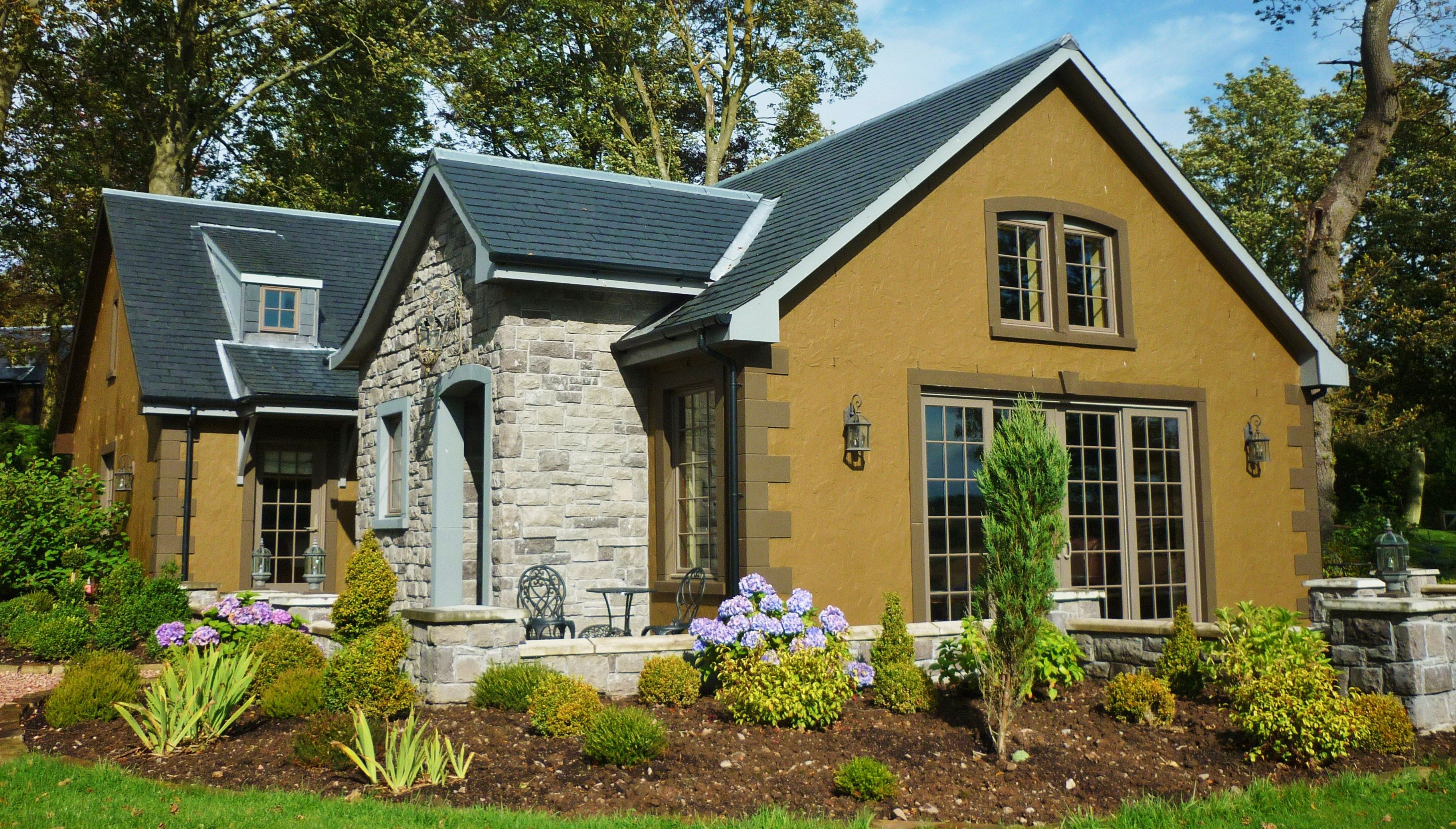 Lodge at Craigsanquhar House
/
Mr McClendon’s daughter Beth will tailor-make hotel packages to include a 4×4 Highland safari or a day’s salmon fishing, shooting or golfing.
St Andrews is, of course, known the world over as the home of golf.
The St Andrews Royal and Ancient Golf club dates back to 1754, although the game was first played there as early as the 15th century.
The Old Course is the most famous of the town’s seven courses
Pictures of the world’s greatest players posing on the little bridge on their way to the 18th green at the British Open will be familiar even to those with a golf phobia.
Close to the town centre, the Swilken bridge is a bit like the zebra crossing in London which the Beatles are pictured crossing on the cover of their album Abbey Road.
At both, fans wanting souvenir snaps are risking their lives, dodging either irate motorists or flying golf balls.
My wife didn’t quite understand the significance of the bridge but I’m sure our baby daughter will thank me when she’s older after I made them pose for a picture.
/

Swilken bridge at The St Andrews Royal and Ancient Golf
/
Anyone can play a round on the Old Course, as long as you book well in advance and get really, really good at golf. There’s also a daily ballot for tee places and Craigsanquhar guests are usually successful, as long as they have the required handicap.
Unfortunately, my reputation as a tasty crazy golf player hadn’t reached that far north.
In recent times, William and Catherine have made St Andrews equally famous for its university – the oldest in Scotland, founded in 1410.
Because of the university’s defining presence – its narrow alleys, cobbled streets, delightful quadrangles and ivy-clad buildings – the town is often compared to Oxford and Cambridge.
Helpful staff at the tourist information centre will happily point you in the direction of the royal couple’s colleges and hang-outs, if you’re that way inclined.
At the town’s ruined cathedral you can climb a 108ft tower for views of the dramatic castle and the beach where the opening sequence of the film Chariots Of Fire was shot.
Elsewhere in the Kingdom of Fife there are charming fishing villages and beaches, while the home of the Dundee cake is just a short drive away.
But you’d be unwise to pack too much into your days and not get the most out of your lodge.
/
Travel facts
Craigsanquhar House is near Cupar in Fife, six miles from St Andrews and about 40 minutes north of Edinburgh. Lodges cost from £600 per night and rooms in the main house £60, including breakfast. A six-night golfing package includes green fees at five legendary courses in the area – Carnoustie (home of the 2007 Open), Kinsbarns (home of the Dunhill Cup), Crail (the seventh oldest course in the world), Gleneagles (venue for the 2014 Ryder Cup) and St Andrews (entry into the ballot for the Old Course) – plus chauffeured transport to and from the courses. For more information and Christmas and Hogmanay packages call 01334 653426 or visit www.craigsanquhar.com
/
Published article here